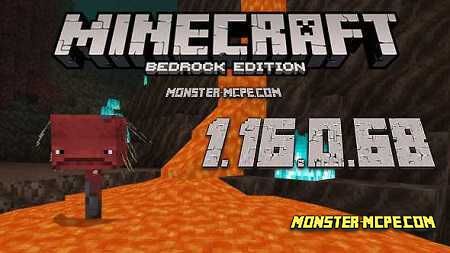 We are glad to inform you that today a new test version of Minecraft Bedrock 1.16.0.68 for mobile devices has been released. You are probably wondering what was fixed this time? In general, this is an improvement in the productivity of the game, some new features and the funniest thing is fixing just one bug! But do not rush to make hasty conclusions, this bug fix is very important.

In the new Minecraft PE 1.16.0.68 update, there are new improvements that will be useful to all players.

The new version improves the behavior of creatures such as Hoglins and Piglins. Piglins are hostile creatures that, when interacting with a player, give you the ability to trade. This is a unique and very interesting feature of the Minecraft world, namely of the Nether update. 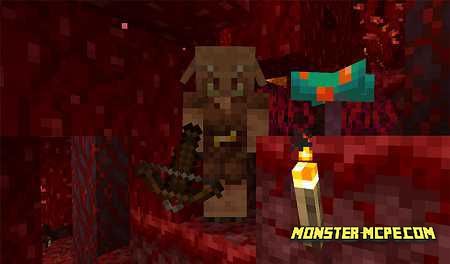 The behavior of creatures such as Piglins is unique in that, when interacting with them, they will attack the player, but as soon as you put on gold armor they will become neutral. This is because these creatures are big fans of gold.

We draw your attention to the fact that these creatures are hostile not only in relation to the players but also to other creatures, namely such as the Hoglins. These creatures look like pigs but with large tusks. One of the reasons why the Piglins attack the Hoglins is because the Hoglins are the only food source in the Nether world. 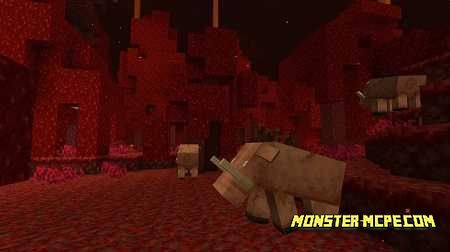 In the relationship between the player and Piglin, gold plays the main role, this resource is very significant for them and you can use it for interaction and exchange of goods. Giving them a gold bar (which you can get in the Nether world) you can get many different useful and valuable items.

Survival in the Nether world has become not only possible but also enjoyable, as you will find exciting and fun adventures with a large number of new buildings, mobs, and items. For example, Respawn Anchor is a very useful block that you can use instead of a bed in the Nether world. You can use Glowstone to activate it, which previously was essentially useless. 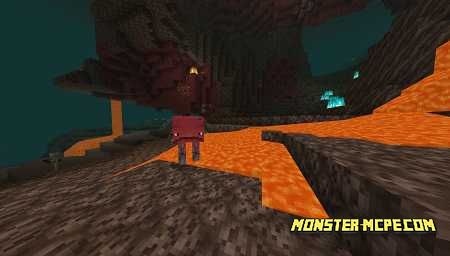 One of the main features of this update is improved game performance. Now even more players will be able to play on devices with low performance.

The correctness of the multiplayer and the connection to your Microsoft account.

And the last is just one bug fix in this update. Let's get back to what we were talking about at the very beginning.

The main difference between this beta and the previous one is that in Minecraft Pocket Edition 1.16.0.68 fixed authorization problems in Xbox Live. The developers of the Mojang studio said that work was done on the server part of the authorization and the game in multi-user mode. 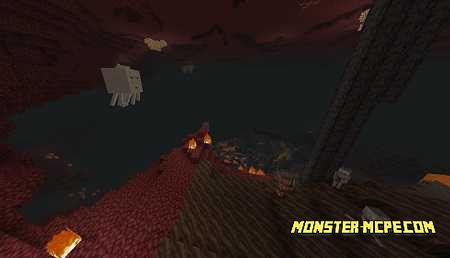 This is a very important bug fix since last week a large number of players have begun to complain about problems related to connecting to Xbox Live. In the new Minecraft Pocket Edition 1.16.0.68 update, this problem has been fixed.

Related News:
Liveable Nether Add-on 1.16/1.15+
We have all heard about the new version of Minecraft Bedrock Edition
Monster Hunter (Bedrock) Addon 1.15+
We present to you a very interesting addon that adds new creatures to
Minecraft Nether Update Concept Add-on 1.14+
A new addon that was created to test all the upcoming features of the
Minecraft 1.15.0 for Android
Wow, the new version of Minecraft Bedrock Edition 1.15 has been
Comments (0)
Commenting