This addon place boxes with loot in random places. These places can be any of existing biomes, in any place of your world! In order to get some items, player should break the boxes, each box has ten hp. Also, boxes has items inside, according to their biomes and basic drop of mobs.

These objects will be spawned in any of available biomes and after you kill one of them, you will get a loot. Here, below you can see loot from the boxes, each box is similar to biome where it was located: 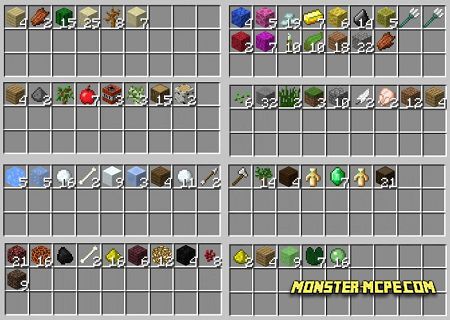 lily pad, from five to eight
slime block, from six to fourteen
slime, from fifteen to seventeen
oak plank, four.

And many other biomes with their special boxes and special loot.