The Aeon Fantasy mod is based on the Final Fantasy series. Perhaps you've never heard of this series, or of the monsters that will appear in Minecraft. However, the new survival with this addition promises to be interesting. Battles with bosses will be quite difficult, but valuable items will fall from them, which will help in survival. In addition, the author has added unique crafting and taming systems. Ifrit
Fire elemental that looks like a demon. Has reddish-brown skin, light orange fur, and a hunched back.
Health: 500
Spawn: Mesa.
Skills:
Clawed Close-Up Attack.
Ground Punch - Punch on the ground creates a circle of flame and throws the enemy away
Hellfire - jumps and throws a meteor
Drops: Horn, Mech, and Soul
Drops can be used to make: Sword and Ifrit Boots
Friendly Ifrit is spawned by summoning: 4 magma blocks and 1 gold block. The structure must be interacted with by the soul of the Ifrit
When spawning, do not destroy the structure when the soul is in the air, otherwise the Ifrit will be hostile 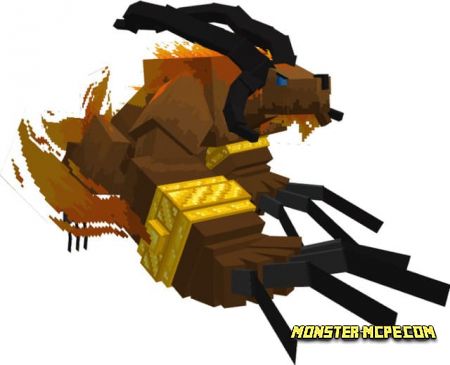 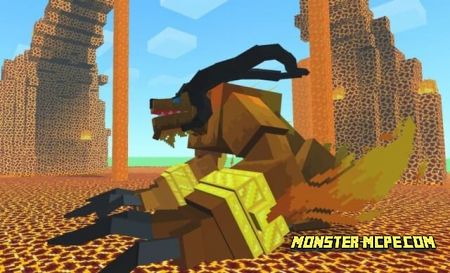 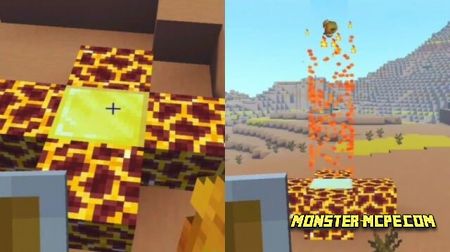 Carbuncle
One of the five earth avatars. Carbuncle can grant enhancement or healing to the player.
Health: 60
Skills: Diamond Light - Heals the player when he takes damage.
Spawn: Diamond Caves
Lures and tames diamonds.
Brings items 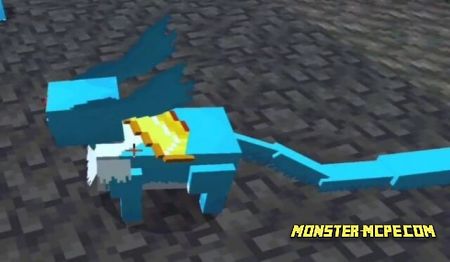 Diablos
Health: 550
Skills:
Near Tail Attack.
Straight to Hell - Grabs an enemy and throws him into the air.
Teleportation - When damaged, transforms into bats and teleports
Deadly Bats - the mob becomes a cloud of bats upon death
Dark Tidings - Turns dark energy into a ball and throws it at the enemy
Drops: Tail and Broken Wing
From drops you can create: spear and wings (needs 18 broken wings)
Spawn: Lower World
If the boss flies, you can shoot it down with arrows

Machining parts
Using an anvil and hammer, you can create wings from broken wings
You need to put two wings of the same level and create one with a higher level until you reach level 4