Do you like survival with different interesting challenges? If so, then the new Hearts Expansion add-on is exactly what you need. This add-on allows players to diversify survival a little and add something new to the gameplay. Now your game will be similar in style to RPG survival. The peculiarity of this add-on is that you start the game with only five hearts, in the process of your survival you increase the number of your hearts to thirty!

But do not underestimate this add-on, because even if you die once, one heart will be taken from your character.

Let's take a closer look at the features of this add-on below. Players begin their survival with only five hearts, in the process of your survival you increase the number of your hearts to thirty.

As mentioned earlier, the new add-on allows players to diversify their survival a little and add something new to the gameplay. This add-on allows players to look differently at survival, which from the first minutes will be a little complicated by the fact that you will not have ten hearts, but only five. Please note that players can start their adventure by choosing the add-on file they want, since players can create hearts on their own, depending on the corresponding file.

Below you can see the difference between the two types of crafting:

As you can see, two types of crafting recipes allow players to craft hearts but using different materials and getting a different number of hearts.

As you understand, the first option with a crafting recipe where it is indicated that this is a simple option was created so that players could get additional hearts in an easier way, while the second option for a crafting recipe, namely the normal one, was created on the contrary to complicate this process receiving hearts.

Please note that the difference between the two options is only in crafting and getting hearts, everything else remains the same and unchanged.

Everything is very simple! In order for players to use hearts, you just need to interact with them. This process takes place in exactly the same way as if you were just eating in the game. 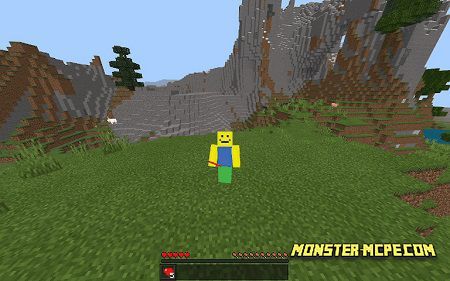