Do you like to build but the blocks run out? Would you like to just clone existing blocks? If so, and you really would like to be able to clone blocks without using cheats, then the new addon is what you need. The new addon adds a completely new block to the Minecraft world that has the unique ability to clone other blocks. Let's take a look at the features of the new block below.

Features of the new cloner block

Below we will look at how it works and how to get a new block. This process consists of three stages.

1. First stage: Players can get a new block using one of two available methods: a crafting recipe to craft a block or a special command / give @s, followed by the text: vc: cloner. Crafting recipe:

2. Second stage: After you have received a block after crafting or after using a command, you need to place it so that you can place another block under it. Under the new cloner block, the player needs to place the block that he wants to clone. Screenshot of how it works: 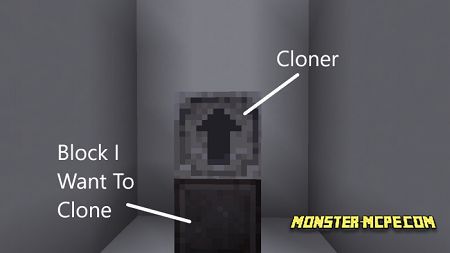 3. The third stage: In order for the cloner to start working, it is necessary to insert a block into it, for example, as in the screenshot below, a coal block was selected for this role. After that, the cloner will fill with lava. Above the cloner block, the block you want to clone will gradually be created. The process of creating one block can take up to 16 seconds. Screenshot: 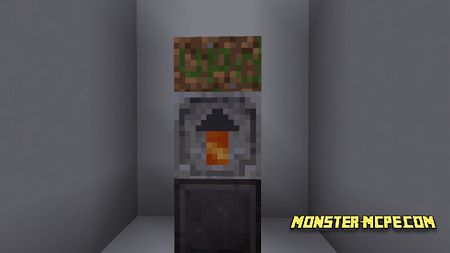 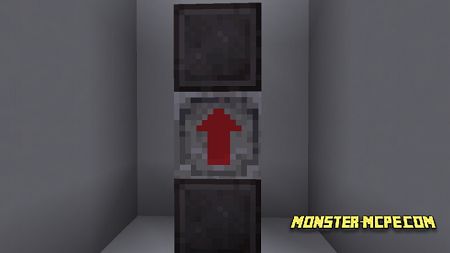