There are still about five months left before the release of the upcoming big Cave update, so we present you with a new Copper add-on that will add one of the features of the long-awaited update to your Minecraft world, namely copper! In addition to the copper block, certain copper items will also be added to the game. In general, copper ore, a copper block, and three items of copper weapons will be added to the game.

Let's take a look at the features of this add-on.

The first is copper ore, the main material for crafting new items. This type of ore can only be found in y-16. Elsewhere, it will be extremely difficult to find this ore. A screenshot of how it looks in the game: 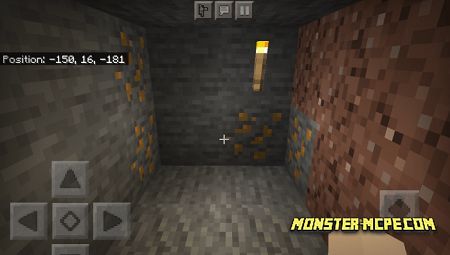 The second is copper blocks. This is a new type of block that players can use to decorate their houses beautifully and uniquely. A screenshot of how it looks in the game: 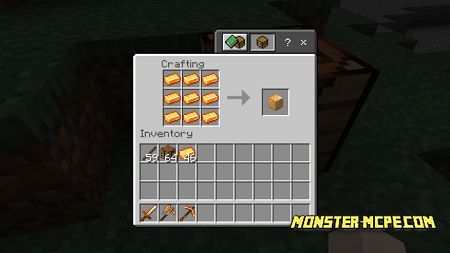 Now let's look at copper weapons that will also be added to the Minecraft world.

Here are the types of copper weapon:

1. The first one is a sword. This weapon deals ten damage to its target. Grants the player an additional level 4 strength effect. The crafting recipe is below: 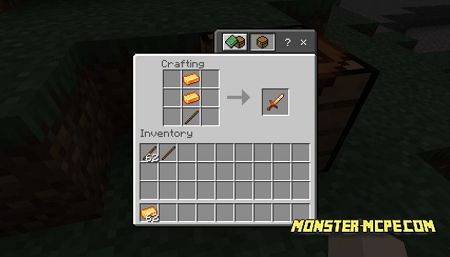 2. The second one is a pickaxe. This weapon deals eight damage to its target. Gives the player the additional effect of haste. This type of pickaxe can destroy any block you find. The crafting recipe is below: 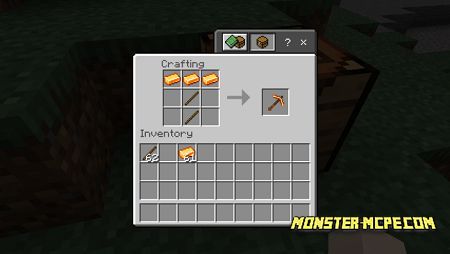 3. And the last is the Ax. Gives the player an additional strength effect. This type of weapon is very effective against strong mobs, it can also be used for cutting down trees. The crafting recipe is below: 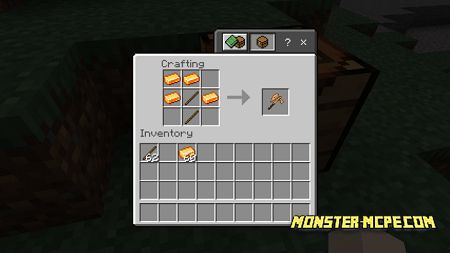 Related News:
Cave Enhancements Add-on 1.16+
We present to your attention a large and fairly voluminous Cave
Another Weapons Add-on 1.16+
Would you like to add even more new weapons to your Minecraft world?
1.17 Giant Cave Concept Idea Map
Introducing a new map that is one big cave. This is a rather
Find The Button Months Edition (Minigame)
New “Find the button” map, which is included twelve levels, all of
Comments (0)
Commenting