Have you ever played a computer game like Mario Karts? For those who do not know a series of computer game in the genre of racing, developed and published by the Japanese company Nintendo as a spin-off to the Super Mario series.

This is a very fascinating and dynamic game, if you haven't played it we definitely recommend giving it a try.

This addon will also be of interest to racing fans and fans of the game Mario.

In general, the new Mario carts are very easy to use, the interaction principle is very similar to driving a horse. We draw your attention to the fact that if the cart is damaged, you can heal it using an iron block. 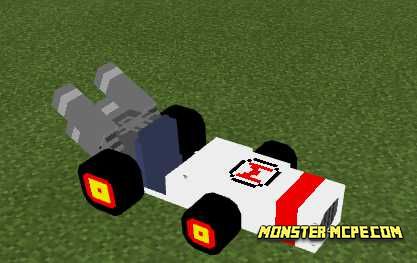 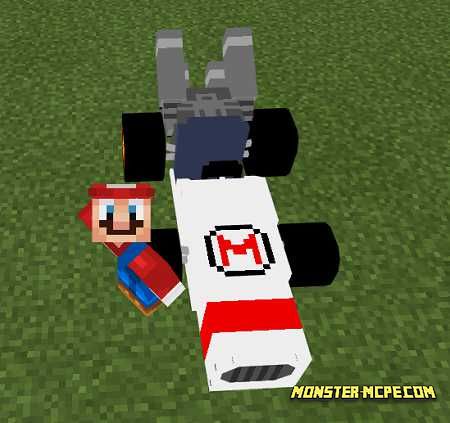 We also want to note that this transport is not generated naturally, in order for the player to receive a cart, you need to spawn it using a special spawn egg.

This addon does not require an Experimental game mode!

Below you can see screenshots of the cart and the spawn egg: 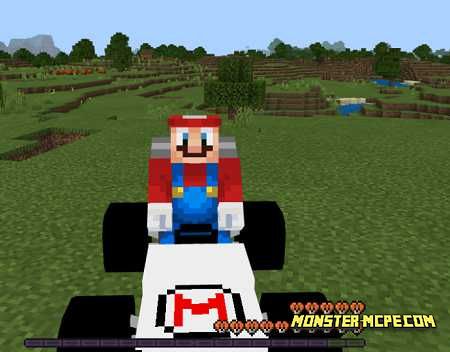 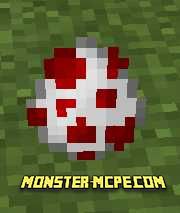 Related News:
Shopping Cart Bonus Add-on 1.16/1.15+
Would you like to add such an interesting entity to your Minecraft
Golf Cart Addon 1.15/1.14+
Have you ever driven a golf cart? If not then you have such an
Lucky Island SUPER Map
We present to your attention a new gaming map called Lucky Island
Super Mario World Edition Texture Pack
Super Mario World Edition is a new cool recourse pack, that now you
Comments (0)
Commenting