Toyota Supra was first produced in 1978 by Toyota. This is a Japanese racing and sports car. As you can see below, the creator of the addon tried to convey all the details of this car model as well as possible. The addon has added animation of the wheel and steering wheel, as well as much more, for example, headlights that can illuminate your road at night. 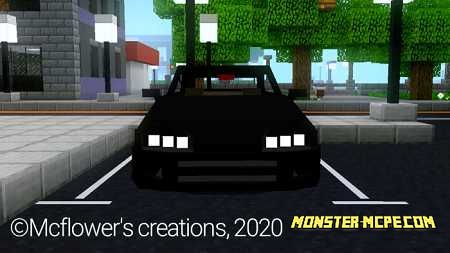 This vehicle can carry up to 2 players. This is normal since in most sports cars there are only two free seats, one driver’s seat and one passenger’s seat. Below you can see how Toyota Supra looks in the game. We also draw your attention to the fact that in the game the car will be available in three colors, of which there will be two simple ones, namely white and black and one special, like from the Fast and the Furious movie. 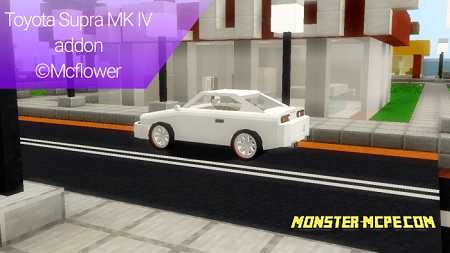 Also, below you can see an example of how the headlights illuminate the road at night: 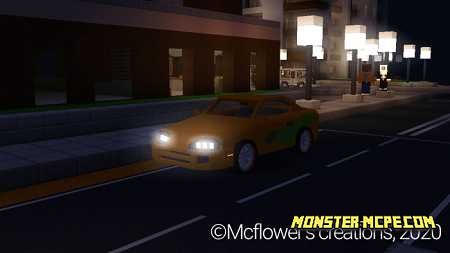 This car is different from many others that you may have previously seen so that it drives very smoothly.

We draw your attention to the fact that in order to remove a car from your world you need to use a special command, which is most often used for entities, namely /kill with the following text: @e[type=toyota:supra_mk4_white,r=6], for a black Supra and Orange car, as from a movie, just change the color in the specified command, for example, to _black or _orange!

Related News:
Mazda RX7 FD Add-on 1.16/1.15+
Do you like JDM sports cars? If so, then the new addon is what you
World Animals Add-on 1.16/1.15+
Would you like to add more different animals to the Minecraft world?
Rating ways to survive in Minecraft
Greetings our dear visitors of the website, players and fans of the
Download Minecraft PE 2.0.0 apk free
A lot of players of PC, X-Box, PlayStation, and of course of mobile
Comments (0)
Commenting