The new addon will be very interesting for those who often explore the snow biome. Why? Because now this biome will not be so boring as a new creature will be added to the Minecraft world, namely the Ice Golem! New mob and new adventures.

The new mob Ice Golem lives only in a snow biome, it has great growth. This mob can attack both players and other golems as well as other creatures. Be careful. 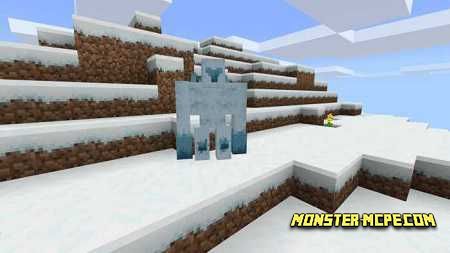 If a player decides to fight this creature, he should be well prepared and have good equipment since this mob has 30 health points and can cause 8 damage. 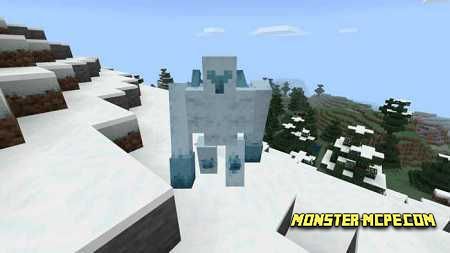 Related News:
More Tools Add-on 1.18
Has it ever happened that you have a lot of resources in your
Cave Enhancements Add-on 1.16+
We present to your attention a large and fairly voluminous Cave
Tools and Armor Add-on 1.17+
You can never have too much armor and tools.
World Animals Add-on 1.18+
Would you like to add more different animals to the Minecraft world?
Comments (0)
Commenting