Introducing the new addon for all players who are fans of Sponge Bob! This addon adds SpongeBob and other characters of the famous cartoon to the Minecraft world.

Using this addon, the new characters of the famous cartoon SpongeBob will spawn around the world of Minecraft in different places. The addon adds both passive and aggressive mobs. 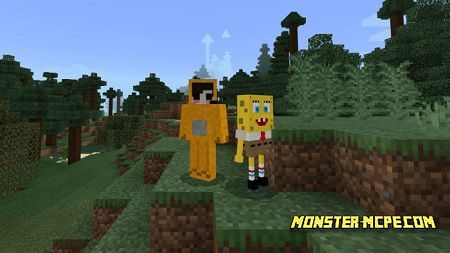 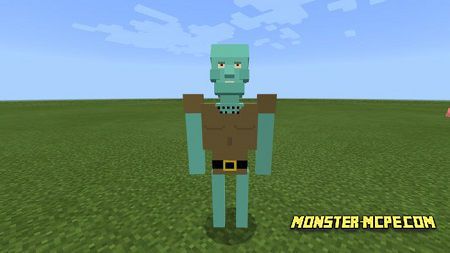 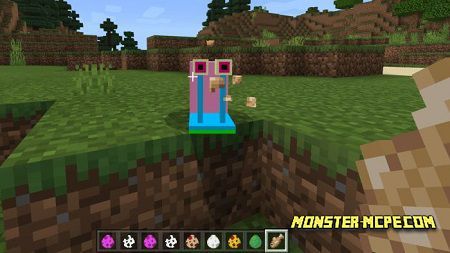 All of the above characters have 20 health points. Able to deal 4 damage. If one of these characters was killed, the burger Krabby Patty will drop!

As in the cartoon, you can have a pet like Gary. Just feed him.

1. Doodle Bob who has 30 health points and can deal 6 damage. If the player killed this mob, he can drop Redstone.

2. Doodle Bob with a pencil has 30 health points and can deal with 12 damage. If the player killed this mob, he can drop Redstone.

3. The famous little villain Plankton, which has only 5 health points and deals only 2 damage.

4. Blue Jellyfish and Pink Jellyfish have 10 health points and can cause 4 damage, are also able to fly.

5. The Special Queen Jellyfish has 10 health points and can deal 8 damage, is also able to fly. 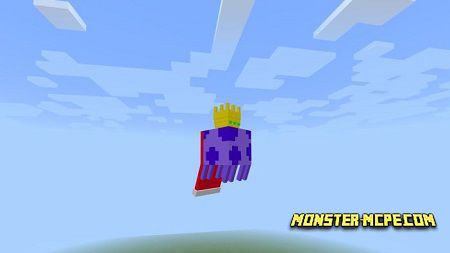 Related News:
Nickelodeon Addon 1.16/1.15+
A new addon that adds six new characters to the Minecraft world from
Spongebob Addon 1.14/1.13+
New exciting add-on for fans of the famous animated series Spongebob.
Download Minecraft Java 1.14
Everyone is looking forward to a new update for everyone's favorite
Redstone Mechanic Addon
Increase your playing skills and get a great experience in game,
Comments (0)
Commenting