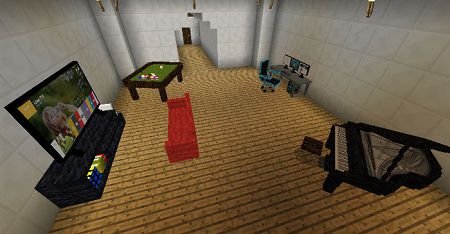 Furnicraft Addon creates a new twelve items in the world of Minecraft Pocket Edition, with which you can decorate your interior in a gaming dwelling! These are very useful items, since they have the appearance of furniture. If you are tired of standard items and you want to make your house unique, then this mod definitely suits you.

There is a piano, kitchen furniture, a computer and much more!

Furniture blocks will be created in the world of Minecraft PE instead of the standard blocks. So, you have the ability to rotate them when you place an object somewhere on the plane.

Install furniture wherever you like, and turn to the side where the subject will look beautiful. Below you can see a list of new interior elements: 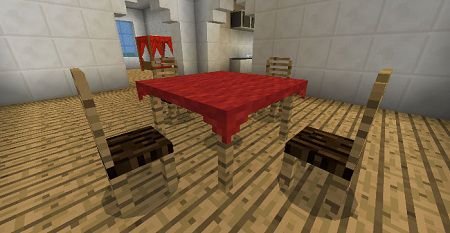 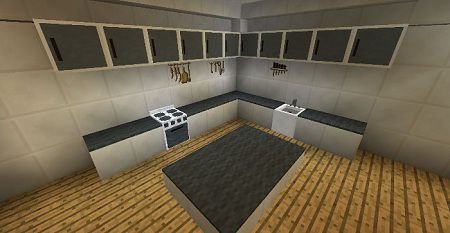 Related News:
More Tools Add-on 1.16+
Has it ever happened that you have a lot of resources in your
Wooden Chairs Add-on 1.16+
We present you a new addon that adds a large number of new decor
Cave Enhancements Add-on 1.16+
We present to your attention a large and fairly voluminous Cave
Golden Utilities: Transport Any Mob and Much More Add-on
Have you ever faced the problem of transporting mobs or maybe you
Comments (0)
Commenting