A new addon that adds new creatures to the game. These are extraordinary creatures, they have come a long way and arrived in our Minecraft world from a distant faraway galaxy. If you are a Star Wars fan, you might recognize them, new creatures are called Porgs. Play along with these cute creatures in the Minecraft world.

These are very nice and good creatures, be kind to them. 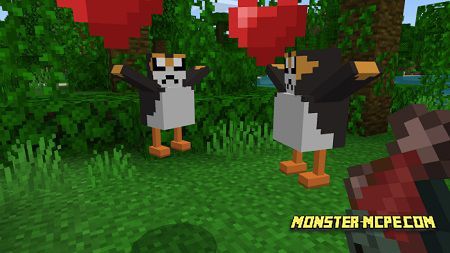 Players can breed them using fish, but it must be raw. 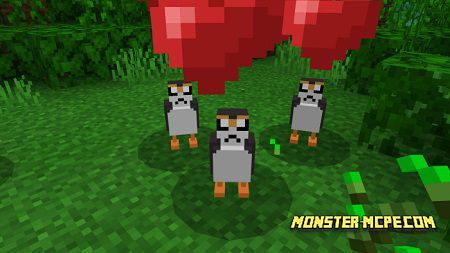 To tame Porg, use the seeds, after which they will follow you everywhere. 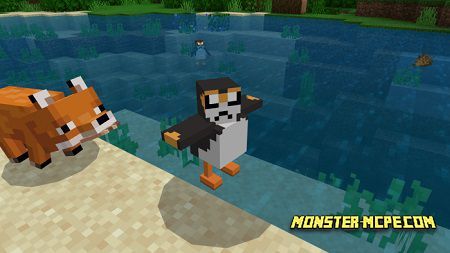 The main enemy of the porgs is the Foxes, so protect them from foxes. 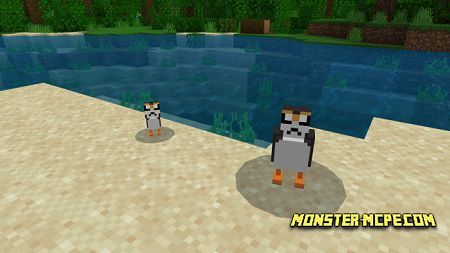 How cute they are, you can see in one of the images below, or already in the game. 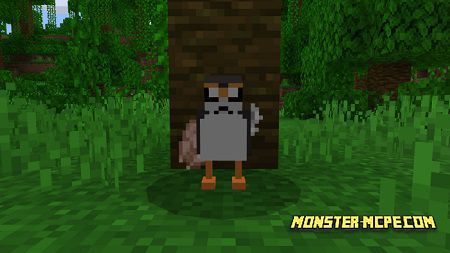 We draw your attention to the fact that this addon does not replace any previously existing mobs in the game. Unique sounds, textures, animations and more.
Facebook
Twitter
Pinterest
Star Wars Porg Add-on 1.14/1.13+
porg.mcaddon
Download free[98.94 Kb]

Related News:
Minecraft 1.14.2.50 for Android
A new version of Minecraft Bedrock 1.14.2.50 for Android devices is
Other Death Sounds
Have you ever thought about the fact that the old sounds of death
X-Wing (Star Wars) V2 Add-on 1.13/1.12+
A new addon that will not leave indifferent any player, especially
Download Minecraft Java 1.14
Everyone is looking forward to a new update for everyone's favorite
Comments (0)
Commenting