Do you know a character in the Marvel Universe like Galactus? If so then you will definitely like this addon, if not, then you will still like this addon as it adds a new powerful boss named Galactus. This is a new experience in battles and a new hostile boss who wants to devour your Minecraft universe. This Boss is an absorber of worlds that spawns in different parts of the Minecraft world. It will not be difficult for you to find it, especially due to its size, yes, Galactus is very large.

This boss has 2500 health points and uses the Dragon's Fireball for attacks, as well as small fireballs that will attack players who are nearby with the boss. There is also a chance that lightning can strike the player along with the Dragon Fireball. The number of small fireballs can vary from one to twenty-five. After death, drops a good loot with useful items. Since this boss is large enough, knockback does not affect him. 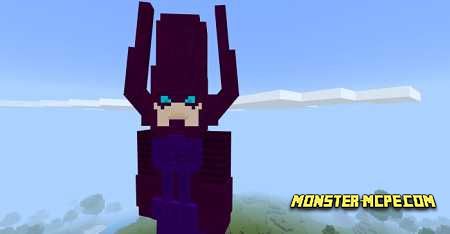 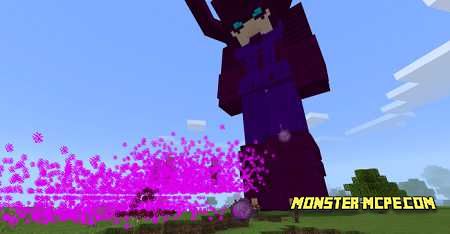 Related News:
Left 4 Craft Add-on 1.16/1.15+
We know you definitely like different mini-games, that's why we are
Simple Spawns: Grassland Base Map
Would you like to see a really beautiful landscape with lots of
World Animals Add-on 1.16/1.15+
Would you like to add more different animals to the Minecraft world?
Redstone Mechanic Addon
Increase your playing skills and get a great experience in game,
Comments (0)
Commenting