Would you like to add a new boss to your Minecraft world? If yes, then the new addon is exactly what you need. The new addon adds a famous boss from another equally mobile game called Arknights. Using the new addon, players will add such a boss as Frostnova to their world. Who is it? This is a very powerful boss born in a frosty environment. With the appearance of this boss in the world of Minecraft, in the place where it spawns, you will see a large number of snow particles that will float in the air.

As mentioned earlier, the new boss was moved to the Minecraft world from another game called Arknights. The new boss Frostnova surrounds himself with a lot of snow particles that float in the air. Very dangerous and hostile towards all living beings. During the battle, it can use two attack phases. Below we will look at these two phases with you.

Phases of the Frostnova attack:

In the first phase, this boss will have about 1000 health points. But this does not mean that it will be easy since given the fact that every ten seconds he will use ice rings that will knock players back. 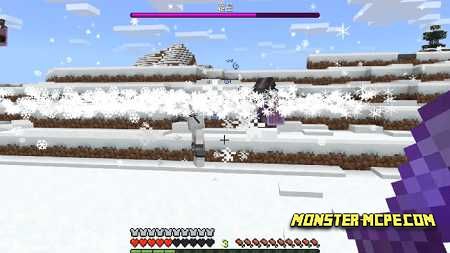 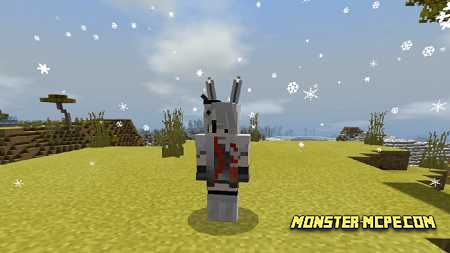 In addition to the increased amount of health for the boss, the attack power and the radius of the ice ring will be increased. Improved abilities can deal more damage to the player, as they will poison the player with a poison effect. The poisoning effect slows down the player and freezes. In order for you to be able to get out of this frozen position, you need to break the ice and move quickly to another place.

Related News:
Minecraft PE 1.18.0 for Android
We present to your attention the new version of Minecraft Pocket
Simple Spawns: Grassland Base Map
Would you like to see a really beautiful landscape with lots of
World Animals Add-on 1.16/1.15+
Would you like to add more different animals to the Minecraft world?
Download Minecraft Java 1.14
Everyone is looking forward to a new update for everyone's favorite
Comments (0)
Commenting