Many players already know what SCP is and what this organization is doing. The new addon adds to the world of Minecraft the world's first Minecraft Submarine SCP! This is something unusual and something that you might not have seen before. The submarine will be useful even during role-playing games with your friends. Two players can control the submarine.

In order for players to be able to spawn a submarine, you need to use a special command /summon with the following text: boat. Everything is very simple. The speed of movement underwater is 1 block per second.

In order for the player to use the submarine, you need to press the right mouse button for PC devices and just make a long press for mobile devices. 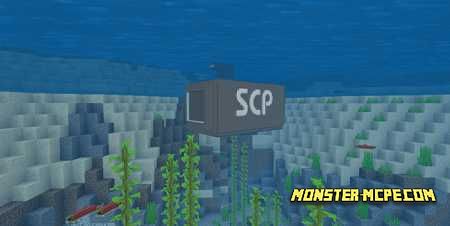 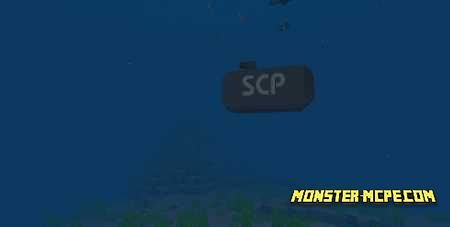 Related News:
SCP: JS Edition v3 Map
We present to your attention a new interesting and long-awaited map
Lava Boat Function Pack 1.15/1.14+
We present you with a new functional pack using which players will be
What to do in Minecraft during quarantine?
We present to you a new news section! This is a new section in which
Minecraft 1.15.0 for Android
Wow, the new version of Minecraft Bedrock Edition 1.15 has been
Comments (0)
Commenting