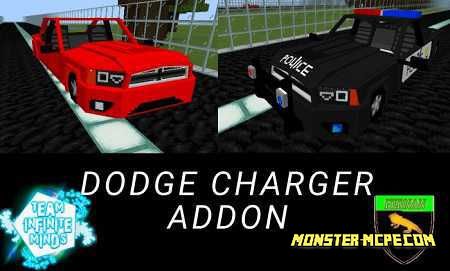 We are glad to present you the new fast car the Dodge Charger 2012! Sure, many have heard and seen this car in real life, but from now on this car will be available to you in the Minecraft world and absolutely free. This sports sedan is capable of picking up speed to 160 mph (257.49 km/h). And also gain speed from 0 to 60 in 5 seconds! This fast car is presented to us in 2 versions, namely in the police and in normal.

Most often it is used by the police to chase criminals on the roads, which again confirms that it is a very fast car.

As previously mentioned, this add-on adds the Dodge Charger not only in the normal version but also in the police. Now you can use this car for racing or for chasing criminals, and of course just to quickly move around the world of Minecraft.

Please draw your attention to the fact that the Dodge Charger in the normal version is slightly faster than the same car but in the police version.

In general, the car is presented in red (see below). 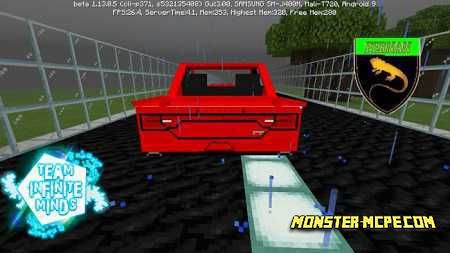 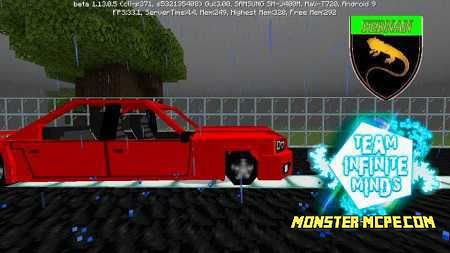 You can also visually see how it will look in the police version. 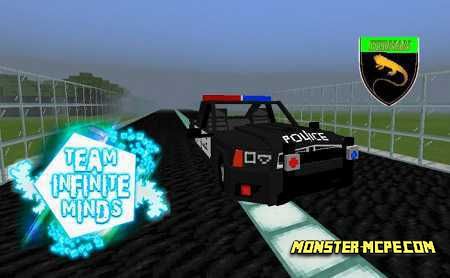 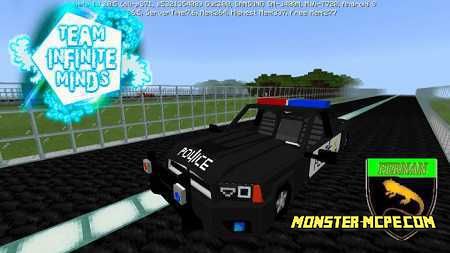 Related News:
Download Minecraft Java 1.14
Everyone is looking forward to a new update for everyone's favorite
Volkswagen Beetle Add-on 1.13/1.12+
Have you ever seen the Volkswagen Beetle in life? If not, it does not
Find The Button: Sports Edition (Minigame)
The main aim of these maps as you know is to find a hidden button. So
Vanilla Vehicles: Racing & Fun! (Minigame)
New racing system map, with some additions, such as sound and music,
Comments (0)
Commenting