We present to you a very interesting addon that was created on the basis of the famous Japanese game called KanColle. This is a very famous browser game. The new addon adds to the Minecraft world some characters of this game, namely such mobs as Abyssal Pacific Princess and her enemies ShipGirls.

For those who have previously played this game, it will be very interesting, for those who do not know what it is, we recommend trying it is very interesting. To date, only 1 shipgirl type has been added to the Minecraft world. More will be added in the next update.

The first type of shipgirl is Destroyer Shimakaze
Has 36 Health. This mob is equipped with three double guns and five oxygen torpedoes. 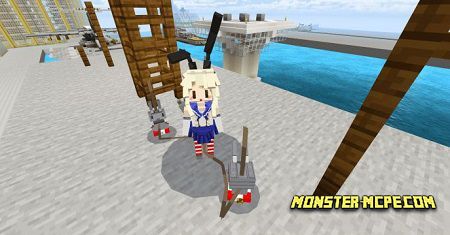 This is a Battleship that has as many as 900 Health. It has four large-caliber guns in its arsenal. This is a very serious weapon in the battle. Therefore, you should be well prepared to meet her, as well as have a large number of Destroyer Shimakaze. A small number of shipgirls, this is a quick battle in which everyone will die. 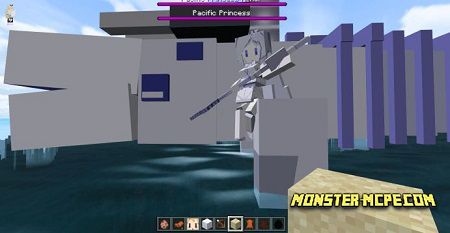 In case they succeed to defeat Abyssal you will receive a large amount of experience.

Screenshot of the battle: 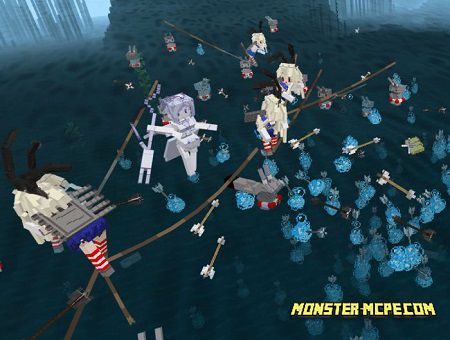 Also using the new addon, Background music will be added to the game. Use the special /playsound command and enter the following command - pacific_princess.battle_bgm @p ~~~ 1 1 1

To make the battle faster and more successful, you can use the Dive Bomber 99.

This is a bomber with which players can drop bombs on Abyssal. To do this, while sitting in a bomber, press the right mouse button and click Drop. The control of the bomber is quite simple, in order to fly up, look up, to go down, look down. 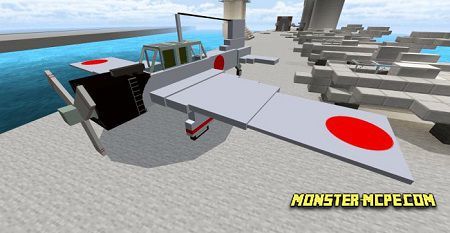 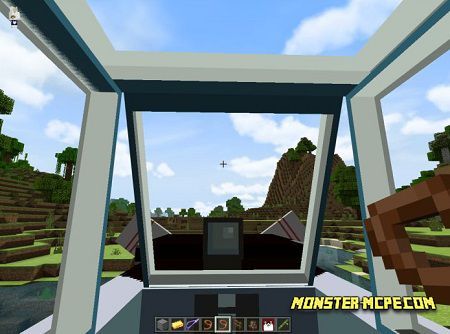 And another creature called Boku Kawauso.

This is the mascot of the KanColle game. Has 99 Health. Unfortunately, he will not be able to help you in the battle, he will only attack different monsters. 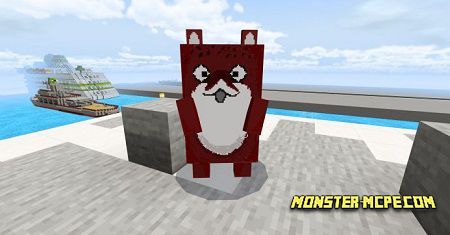