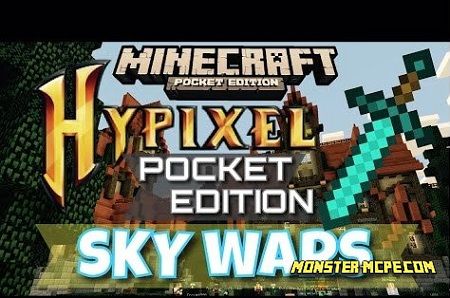 Server Hypixel is truly said one of the best servers in MCPE. It has a very good reputation as for PE version and for PC. This server has a big amount of exciting mini-games, such as Simon says, survival game, sky war etc. Recommended trying!

At the beginning you will see mobs, on each of those will be the name of mini-game. In order to play in one of these games, just tap on it.

The aim of the game is to kill your enemy. Player and his enemy will be located on different and separate islands. Last standing alive player, will win.

Player has five minutes, for this time, he should build some themed buildings. After that each player will vote for better building. There are different themes, such as dragon or sword, etc 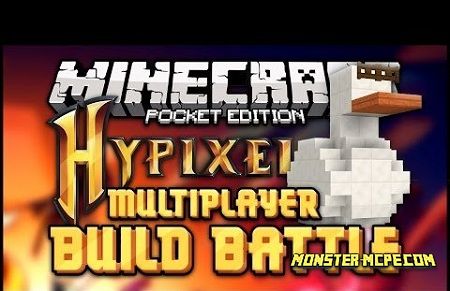 The main aim is to find some chest with useful loot. In order to win, player should survive till the end.

In order to win in this game, all you need is just to follow the instructions in the center of your screen. Your task can be for example, to break something or to do something. 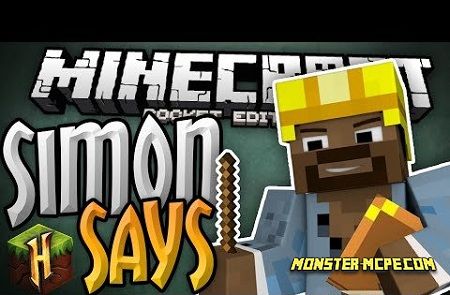 In this game you should kill your enemies and try to stand alive till the end, something similar to PvP game. 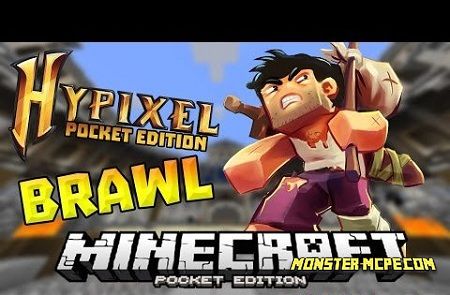