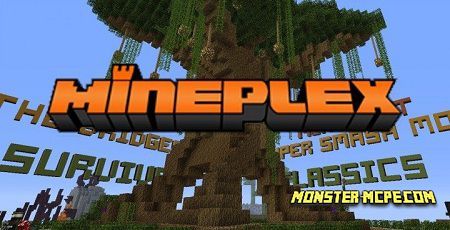 Here is a list of available commands on screenshot: 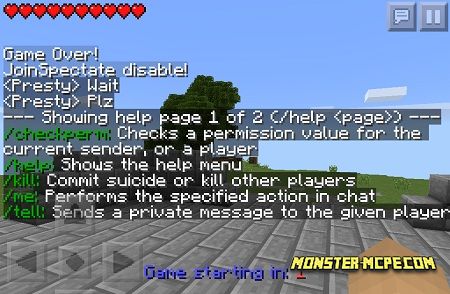 What mini games are available for player on server Mineplex?

The main aim of this map is to stay alive of hostile mobs, which will attacks you on arena.

Use and test your parkour skills.

Here last team which will stay alive, of four teams, will win.

In this game, there are 2 teams, the aim those are to kill players from hostile team and to get lines of turf. Team which will have more lines of turf will win.

Sky war (for single and multyplayer):

Fight and kill enemies in sky.

The main aim of this game is to build the best structure or building. There, you will have topic, which should be related to your building, for example — sword, it means that you should build some sword, for building you have five minutes, after that you will vote for better sword. The topic of build, player will see in the beginning of the game. Amount of players is 12.
Facebook
Twitter
Pinterest
Mineplex server for Minecraft PE